Redesigning more older characters! From the same planet, but not the same country as Hanzo and Kotaro, here's Dokode! 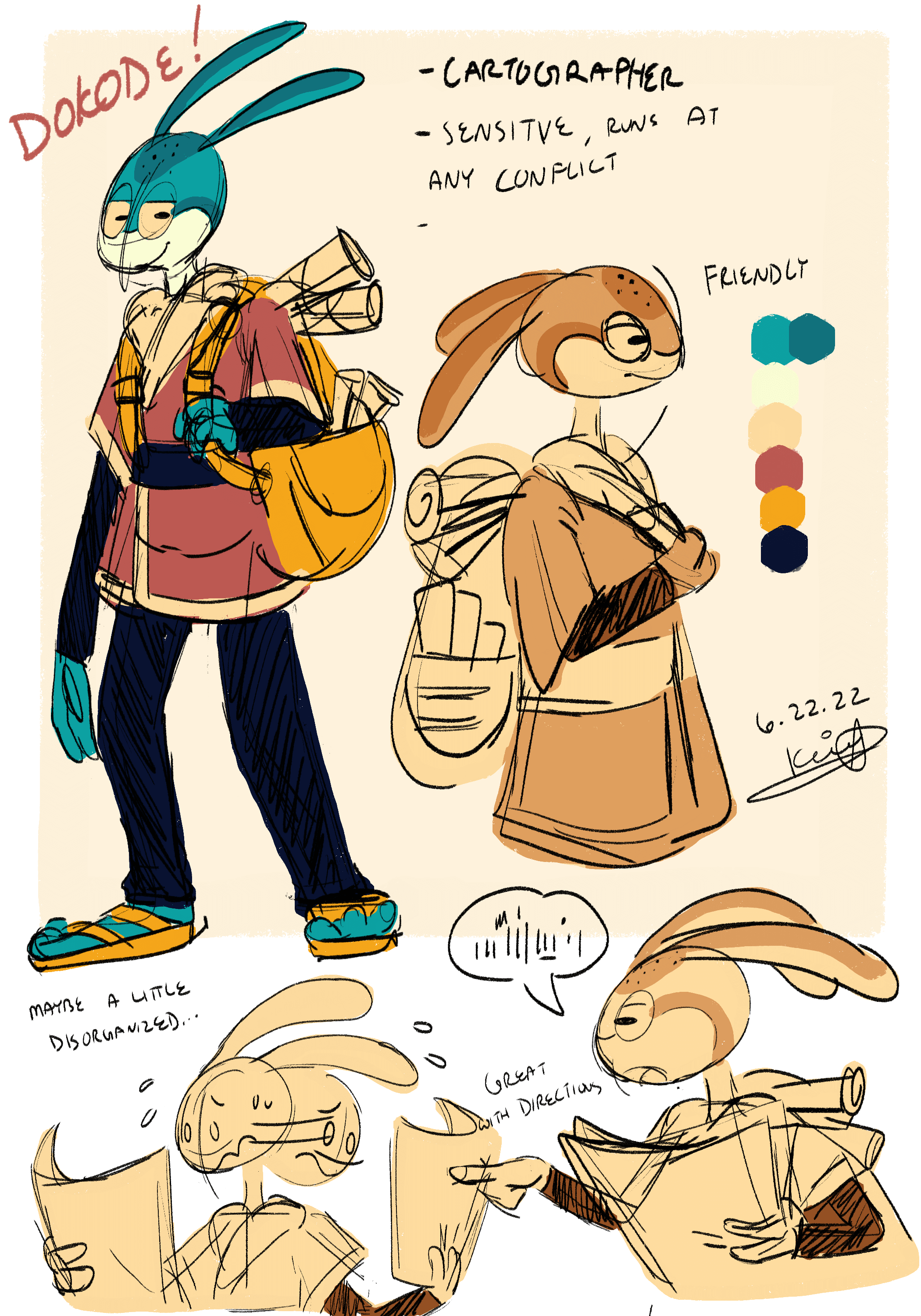 I recently revamped Dokode to be a cartographer instead of a ninja. I thought it would make sense considering their name has "doko" in it, which is used to say "where?" in Japanese. I believe it's only used for places!

Anyway, they're a cartographer who spends their time travelling all around Edon's many countries and making maps of them! At this time in Edon, I imagine there aren't any detailed maps of Edon, only vague ones, and most are the areas surrounding villages. So Dokode set out to make detailed maps of everything!

Dokode's a bit of a sensitive person. They're not one to start or get involved in conflict or confrontation, and they'd be the first to run away at any sign of those. Despite that, they're friendly and great with directions!

In Dokode's earlier concepts, they had a tragic backstory where their parents perished when they were young. They were left with the eggs of their younger siblings, but managed to pull through with the help of a family friend. They also adopted 4 other children when they were an adult. I removed that entirely when revamping them, so I'm wondering what I should do with these extra characters... x,D

Here's what said characters looked like. Shim and Splash were Dokode's younger siblings, Bubbles and Soap (renamed to Beth) were adopted along with Moppet and Rillo (renamed to Millo). Below is some older stuff too! These will also be available to view in my 2014 gallery in due time! 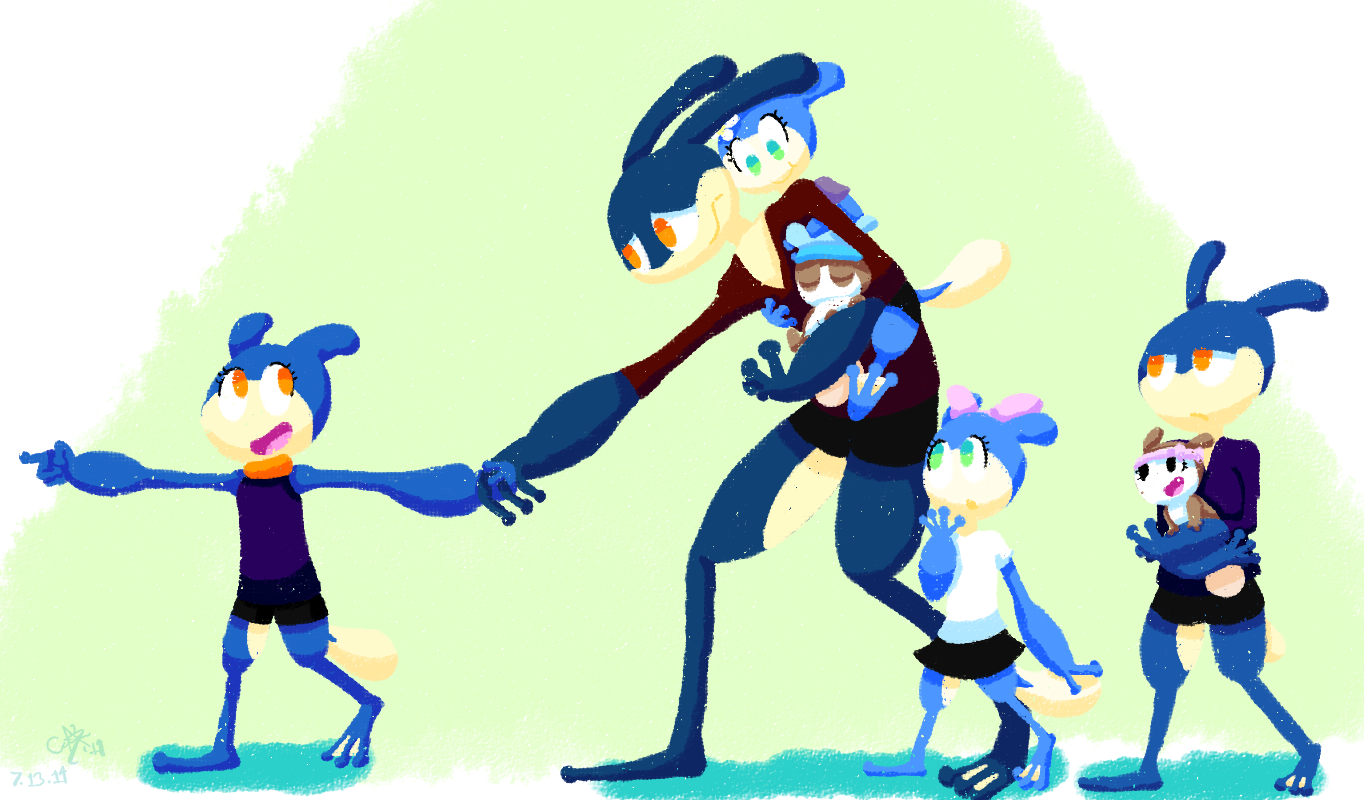 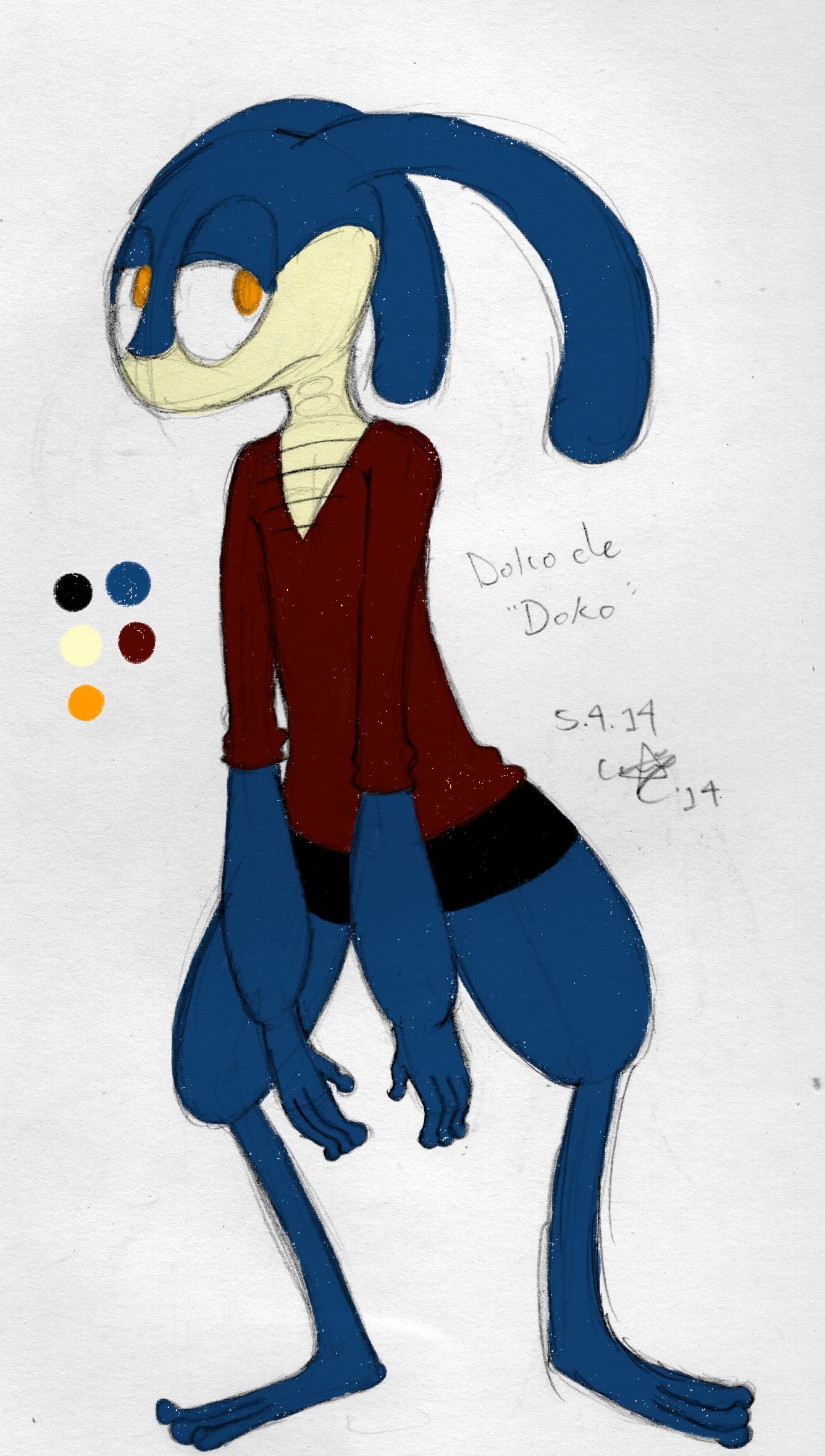 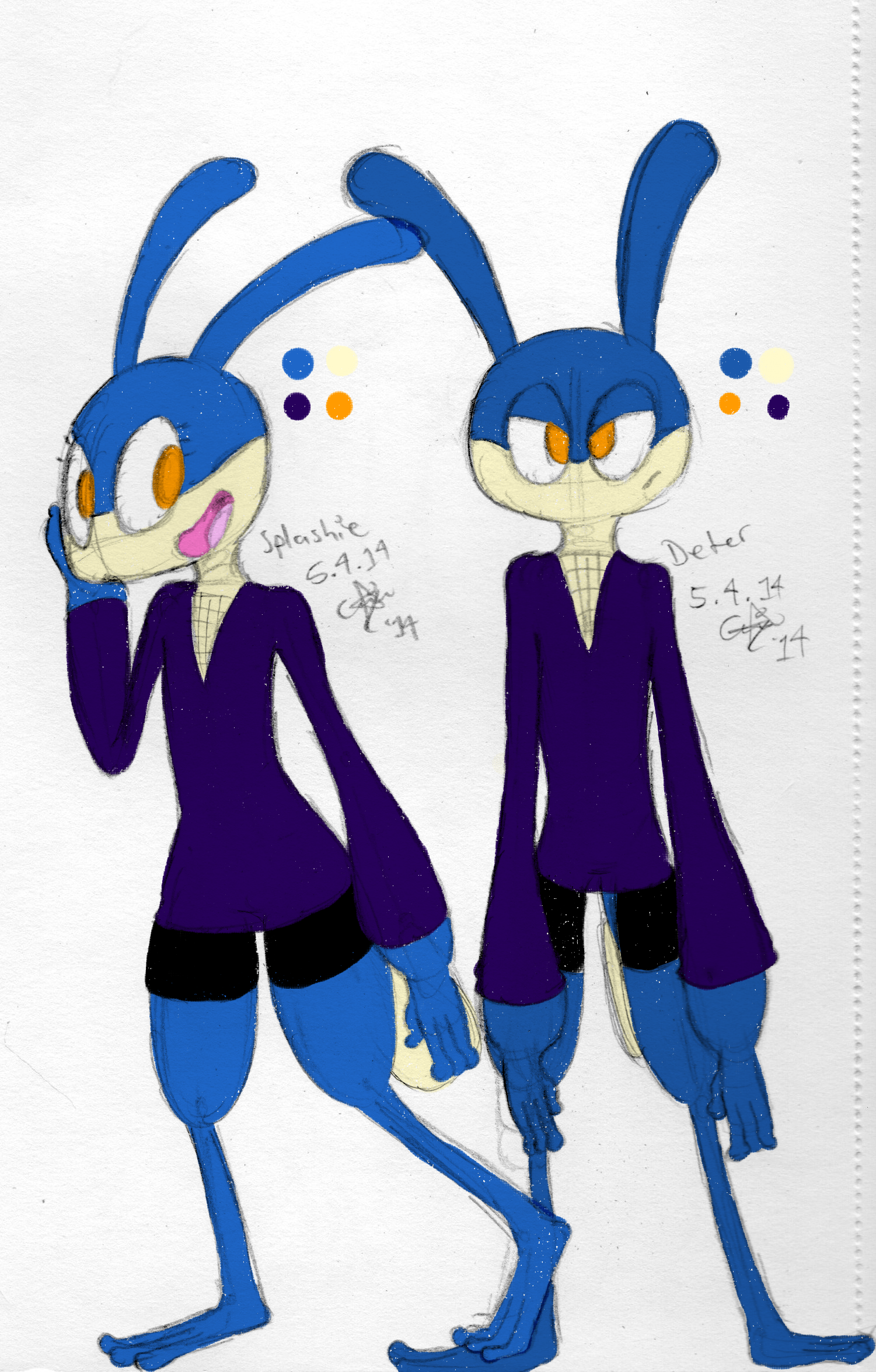 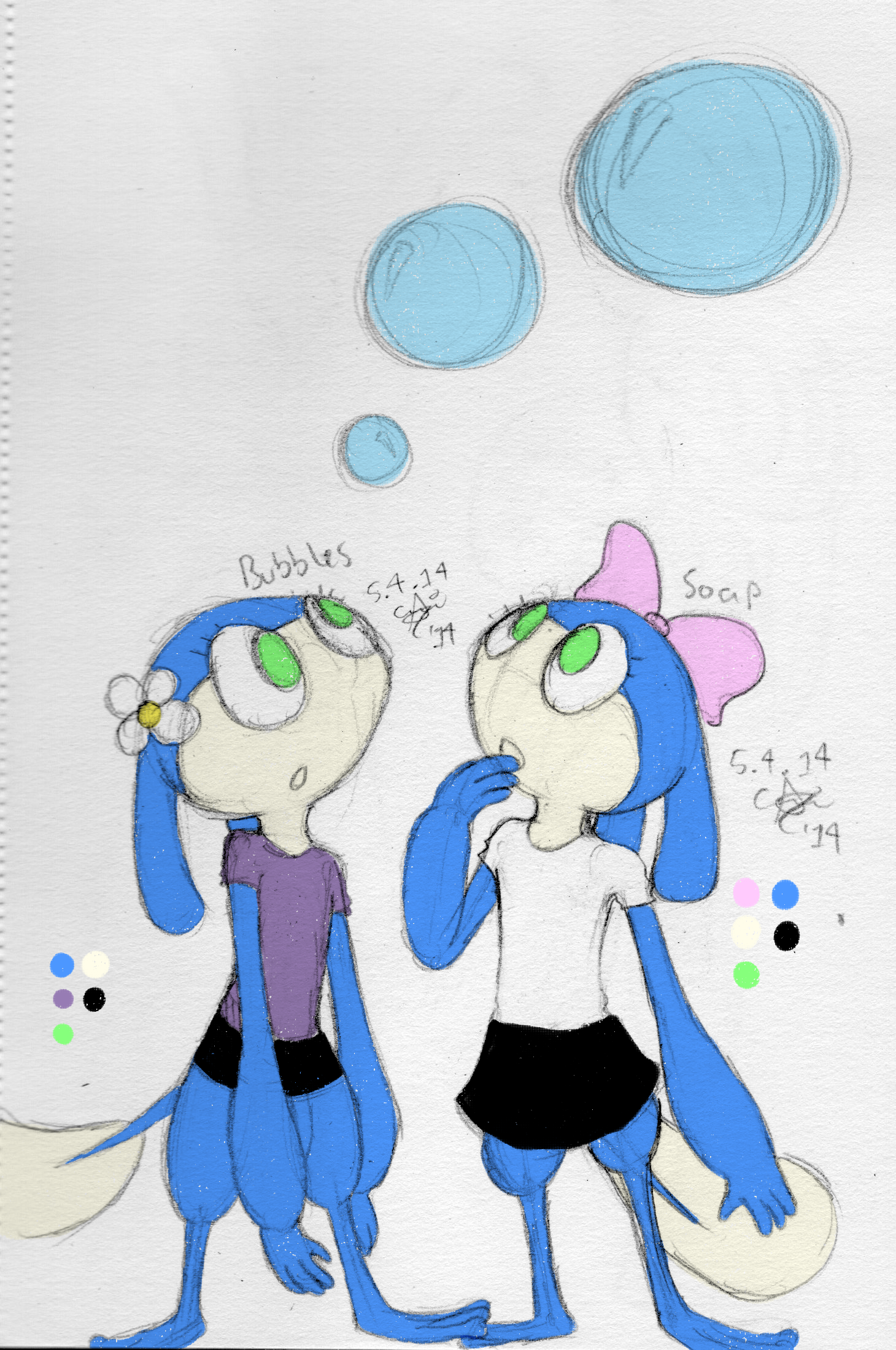 Also, have I mentioned that Dokode, Hanzo, and Kotaro's species (Notoman) are based off of frogs and they were inspired by Greninja?