Some new art from earlier today. This is a species of the Cinnaverse called an Oxu! Pronounced "Oh-shu". 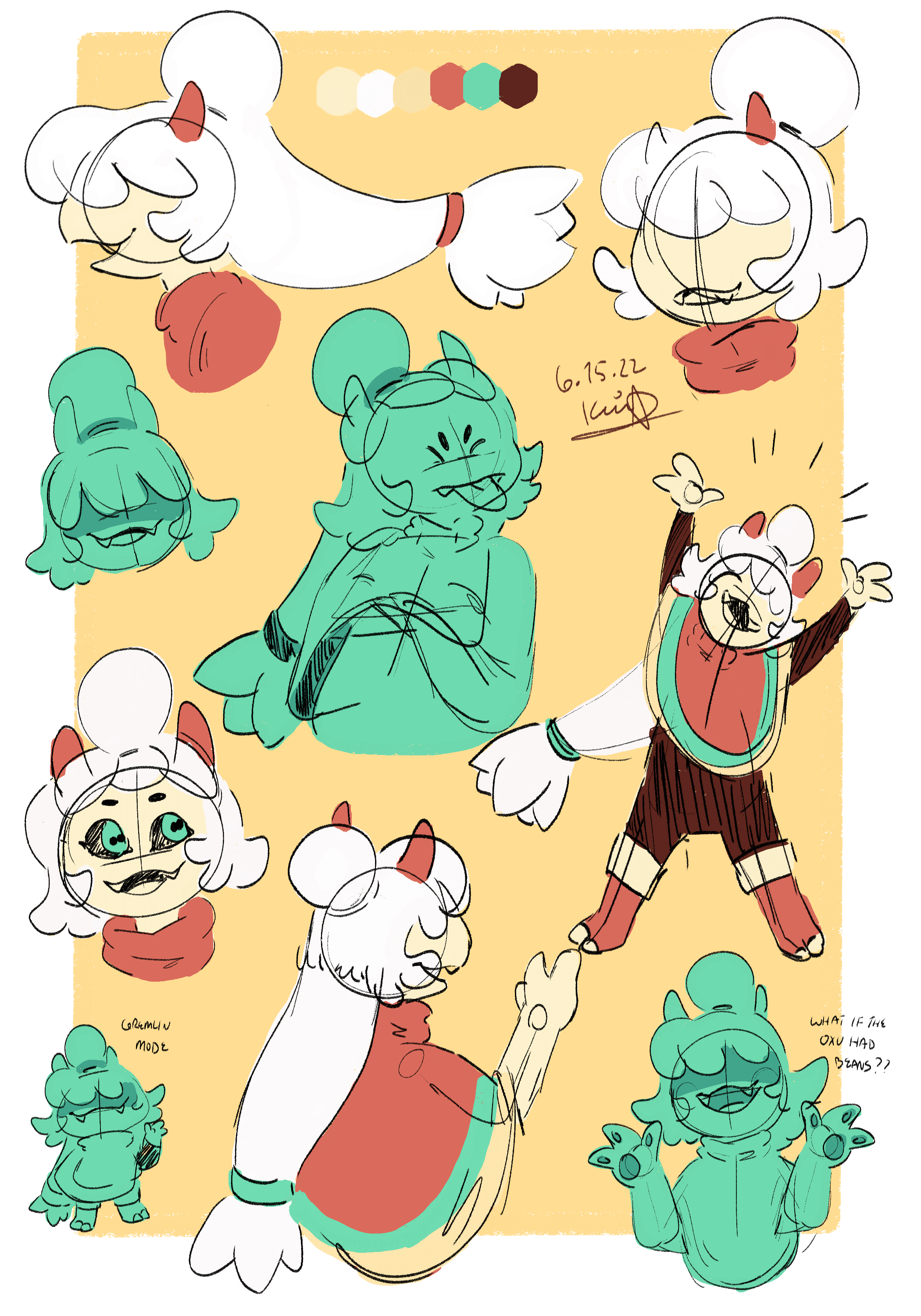 The Oxu are actually a near extinct species that existed in the Ceros Galaxy before their planet's eventual demise during the start of 3510 UB. This was done because of their refusal to submit to Ivaaz Termina + Oxix Yuvaz's rule. A few thousand managed to escape and some only sent off their offspring before the planet was eradicated. Oxu's eradication along with planet Beetledeo's kickstarted the Universal War.

This character is named Kio! They/she/he is the offspring of the three sovereigns of planet Oxu, Boxi (boh-shee), Zwaxo (zwah-sho), and Dexo (deh-sho). I don't have a lot of into about Kio! Only that they're about 14 and still a kid! They become excited and curious about everyone around them. They're also a lil gremlin. As they get older they become more interested in the Oxu and their species history.